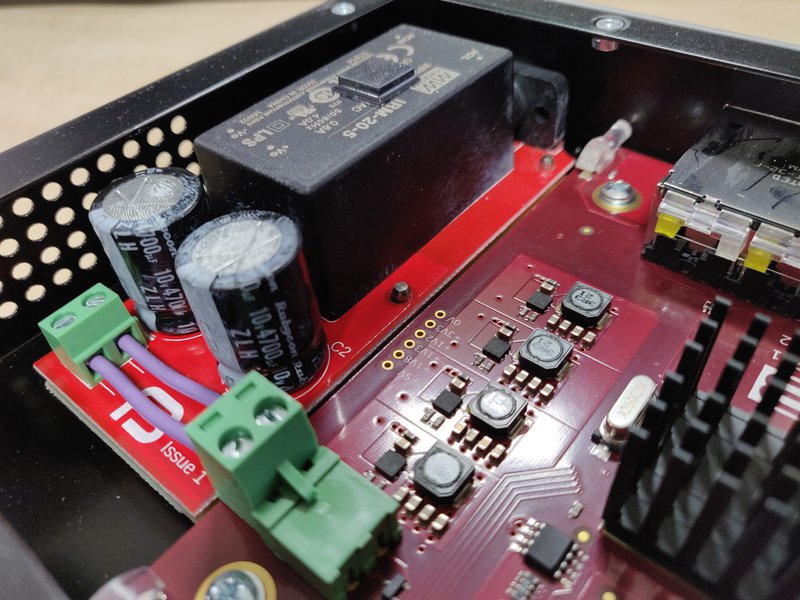 This post complements the news announcement that we have released a redesigned PSU as a retro-fit kit for the FB2700. Herein, we explain the differences between the FB2700 and FB2900 power supplies, and give our reasons for taking the perhaps unusual step of releasing a completely different power supply for a product that has now been out of production for almost two years.

The 'background intention' in publishing it is to give an insight into the way we do things, and show that whilst we are not infallible or immune from problems, we do support customers in the long term.

As the headline suggests, this post is 'warts and all'. We hope customers and potential customers appreciate this approach of being candid and honest, and showing our process.

During the design phase of the FB2700, a perhaps unusual choice was made: to utilise an ‘external’ PSU of a type which might more commonly be seen attached to something like a game console or network switch, but to then place it physically inside the metal chassis. It was felt that devices with an internal mains power supply were desirable for a number of reasons - mechanical strength, tidier cabling, and just more of a 'feeling' of quality.

And from the design perspective, there were good reasons for using this technique, predominantly connected with conformity testing; essentially that because the PSU already held valid CE marking, this cut down the design, testing and production burden.

We did all this with appropriate 'due diligence'; we carefully checked the specification of the PSU to confirm appropriateness, even installed inside the case. We also disassembled samples of the unit before finally deciding, and obtained assurances from the manufacturer relating to build quality. 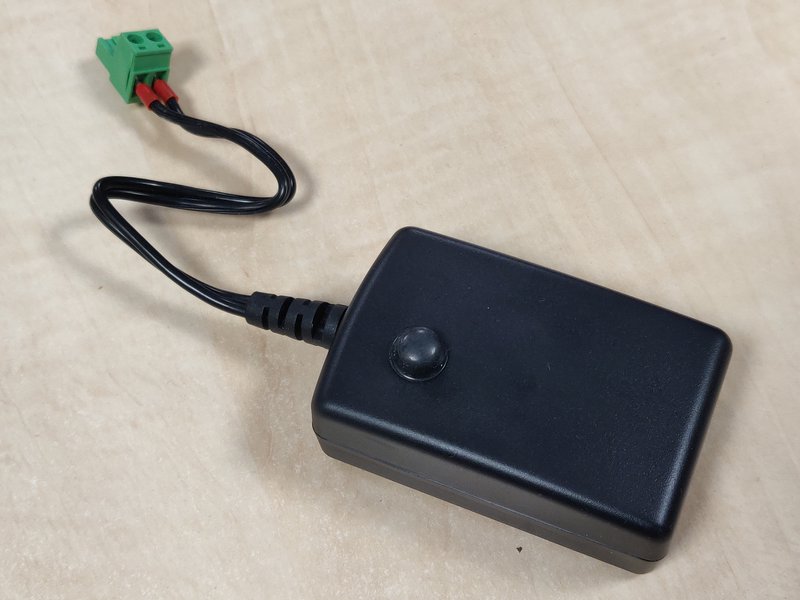 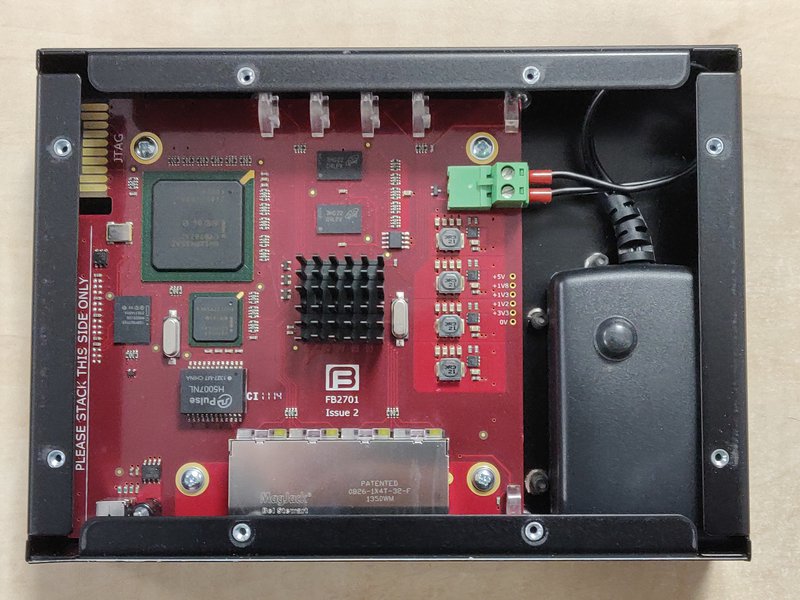 Original style PSU in situ within the FB2700.

How did that idea work out in practice?

It certainly did cut down on the difficulty gaining our CE mark, since all mains components were already properly insulated and encapsulated inside a self contained CE marked unit. The FB2700 would go on to sell thousands of units. So far so good.

What went wrong then?

Stalwarts of the electronics industry will recall that unfortunately, some years before FB2700 was being launched, batches of bad/fake capacitors originating from China, were known to affect many consumer products and brands, including manufacturers of motherboards and other PC components. This problem of non-genuine (or non-genuine parts/components - even down to the specific composition of the liquid inside electrolytic capacitors) never really fully went away.

So we also became a victim of this, resulting in a higher-than-expected failure rate.

As an aside, although we had obtained assurances over suitability and quality from our manufacturer, we did discover that as different batches of the PSU came through, different components had been used in production. The one thing, almost, that did stay the same between production runs, was the physical dimensions of the plastic case of the unit. So it did, at least, continue to physically fit.

What more did we do about it? 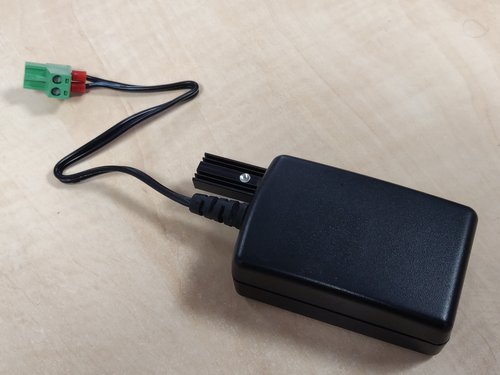 As an interim solution, we started ordering the PSUs to be supplied with the plastic case not yet glued shut. We then made a modification involving the slight relocation of a diode, and including a heat sink which protruded out of the case. This distanced the heat source from the output capacitor. Once this electronic and mechanical modification had been done, we then sealed the case finishing the PSU. To this day there are FB2700s with this solution in situ.

Ultimately, though, since the original problem was determined to mostly have been the bad capacitors, we stopped doing this modification, as it offered little benefit, and perhaps added potential new areas for faults to creep in.

In the long term, the modified PSUs and the unmodified (but with good capacitors) ones, eventually, still seemed to have a higher-than-desirable failure rate, especially where they’d been operated in warmer environments such as closed cupboards and data cabinets.

It ought to be made clear that, whenever a PSU failed, we would either supply a replacement for a customer to fit themselves, replace the PSU for the customer, or replace the entire FB2700, always at our cost, including for units long outside their warranties.

We did spend some time investigating whether any other PSU, by any other manufacturer, would fit in the space available, but this was a situation where the original PSU had been very carefully chosen for its dimensions, and only our single supplier could provide the ideally shaped item. This was another concern for us - that eventually our supplier would simply EOL the product, leaving us with a further problem. We also considered an external PSU option, and looked into whether drilling air holes in the plastic cases would help improve longevity. Ultimately in turn, all ideas were determined to have too little benefit, and possibly knock-on negative effects. So none was pursued.

After the FB2700 went End Of Life (with the FB2900 launch), we ordered another 'final' batch of replacement PSUs, to ensure we could replace any that still failed. These would have been replacements for units that were all outside warranty. We anticipated that this would tide us over until customers started replacing the FB2700s with FB2900s.

Having had the experience of the FB2700 PSU, we resolved to design the FB2900 in a better way, learning lessons. As a result of changing standards for conformity testing, we knew we would already face higher lab costs for EMC and safety, almost irrespective of what we did in terms of design and development.

We therefore elected to design a secondary PCB, with a single block switch mode PSU onboard. This would allow for a very simple PCB design, with a single block PSU, and a few other small passive components. It would also allow for the PCB to support multiple different manufacturer's PSU - helping with plurality of supply issues. As a side-bonus, we also hatched a plan to launch two other PSU variants; one for automotive use (12-24VDC nominal) and one for Telco use (-48VDC). The decision to use a separate PSU PCB allowed us to do this. 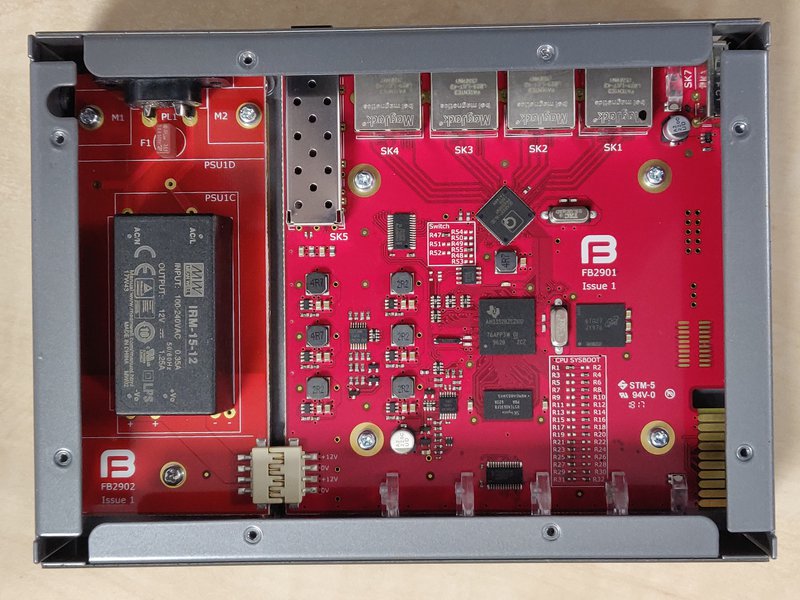 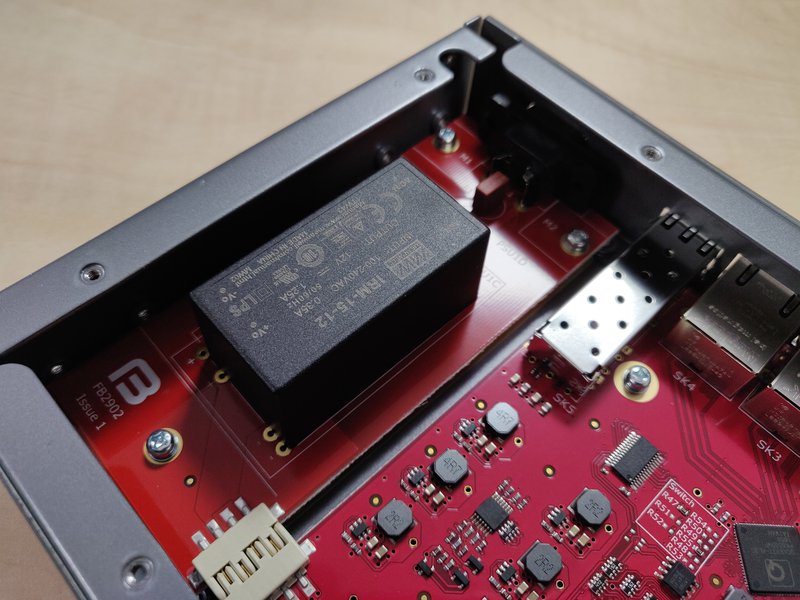 PCBs, installed, side by side.

The FB2900 launch happened, and sales were strong. Plenty of customers of the FB2700 upgraded. In the meantime we were still occasionally shipping out a replacement PSU for an FB2700. We did anticipate that this would be an end to the PSU problems with the older model, simply due to the availability (at a lower price) of the FB2900. But around a year later, we realised we were, again, running out of replacement FB2700 PSU stock again, and a rethink was called for.

We learned a lot from the development of the FB2900 PSU. We therefore decided to see, using the knowledge gained from that process, if we could develop a power supply similar to that of the FB2900 but as a retro-fit kit to the FB2700. This involved quite a bit of practical experimentation, and prototyping, but ultimately, a completely re-engineered solution, solving it once and for all. 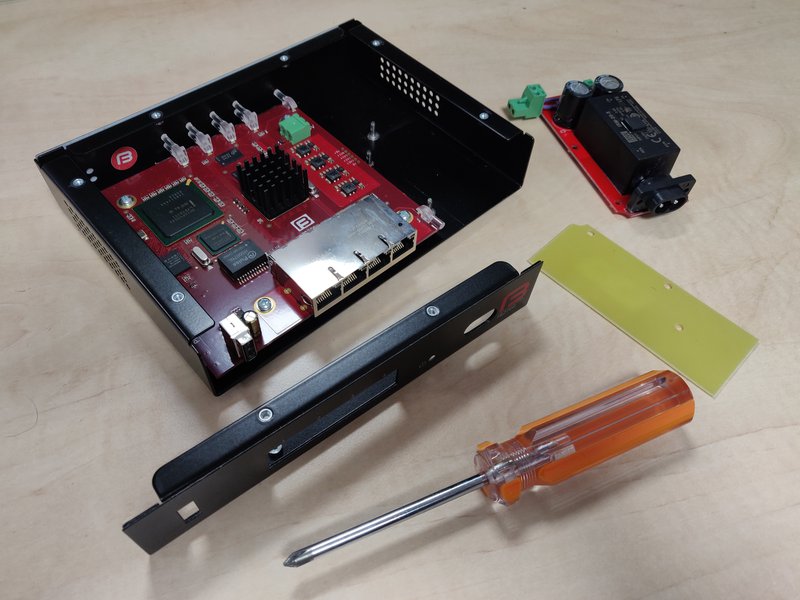 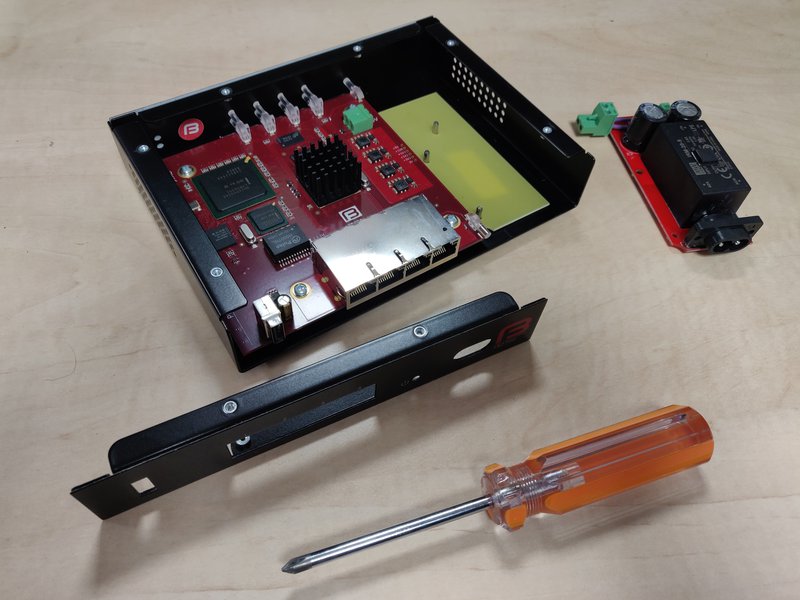 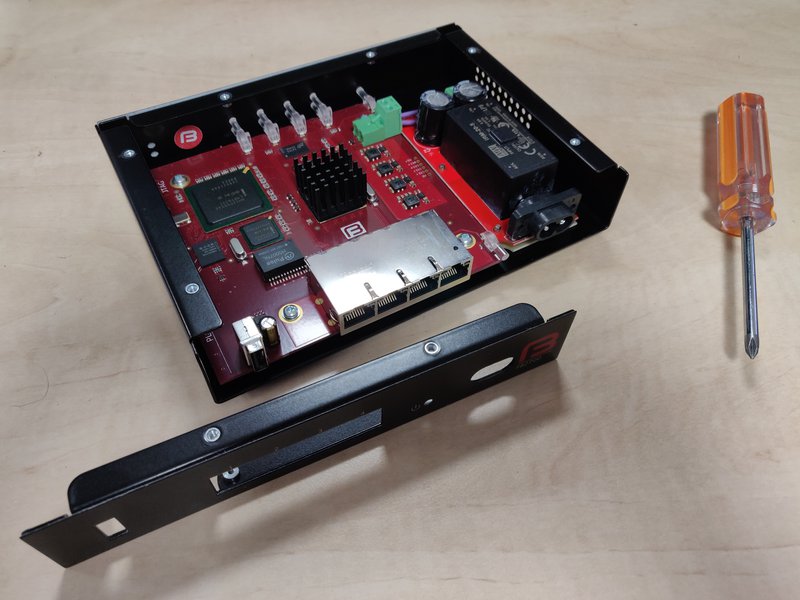 New PSU board installed and connected. 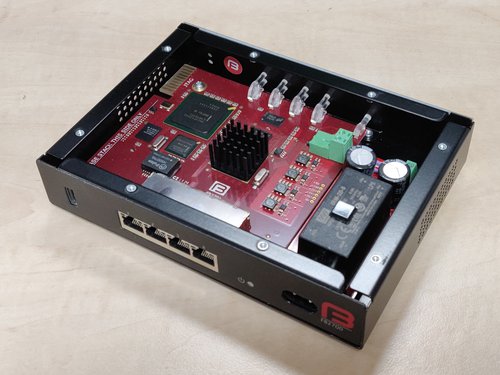 Electronics is an ongoing process much like any other. No one is immune to problems!

In this case, we were unlucky in several ways which contributed to an original power supply setup which was not as reliable as we would have liked. Just how many FB2700s there are, still running in the field and still doing important jobs is, we think, a testament to our customers' satisfaction with them.

In every other respect the FB2700 has stood the test of time. But the original power supply was an area of slight disappointment, until now.

As said above, it is a highly unusual step for a company to develop and supply, free of charge, a revision for a product that has been out of production (and in most cases, out of warranty) for a long time. But it is far more important to us that we do the right thing, and in this case, now, we feel we have.

We hope the candidness of this blog post is both interesting (academically - as a case study) and illustrative of our ethos as a responsible manufacturer.