A company who manages racks of servers in many datacentres around the country was needing to be able to monitor the round-trip time (latency) and packetloss between all of their locations.

Initially a server-based solution was looked in to using a dedicated 1U server installed in each of the racks. Development would need to be carried out to create a program that could send pings and record packetloss and latency and report it back somehow.

Instead of using 1U servers, FireBrick 2900s were chosen as they would be cheaper, easier to manage, draw less power and already have built in ping graphing with options to export the data as png, svg, csv and xml.

Simple scripts were written to pull off the data from FireBricks overnight. As the FireBrick 'scores' each ping graph, this score can be used to quickly identify sites and connections that have connectivity problems. 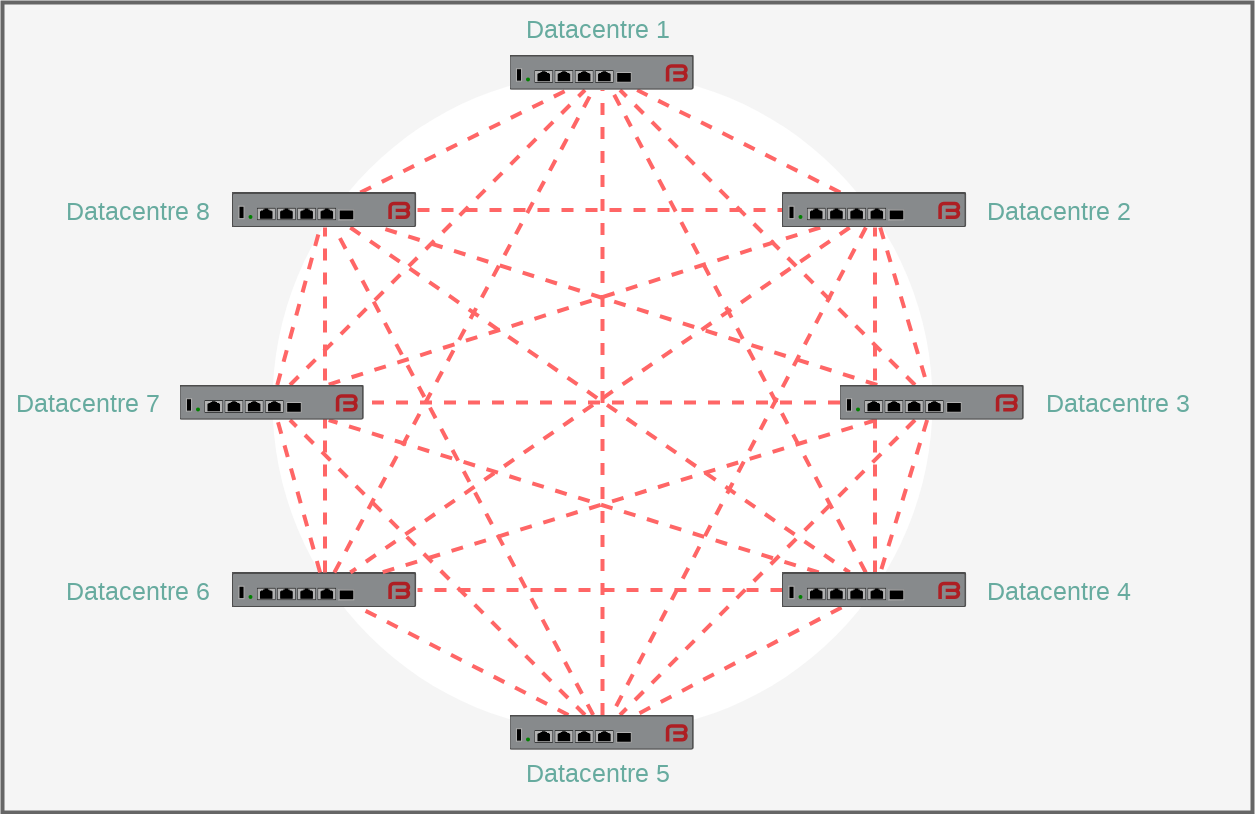 Each FireBrick downloads a list of names and IP addresses from a central server and pings them and produces a CQM graph for each endpoint.